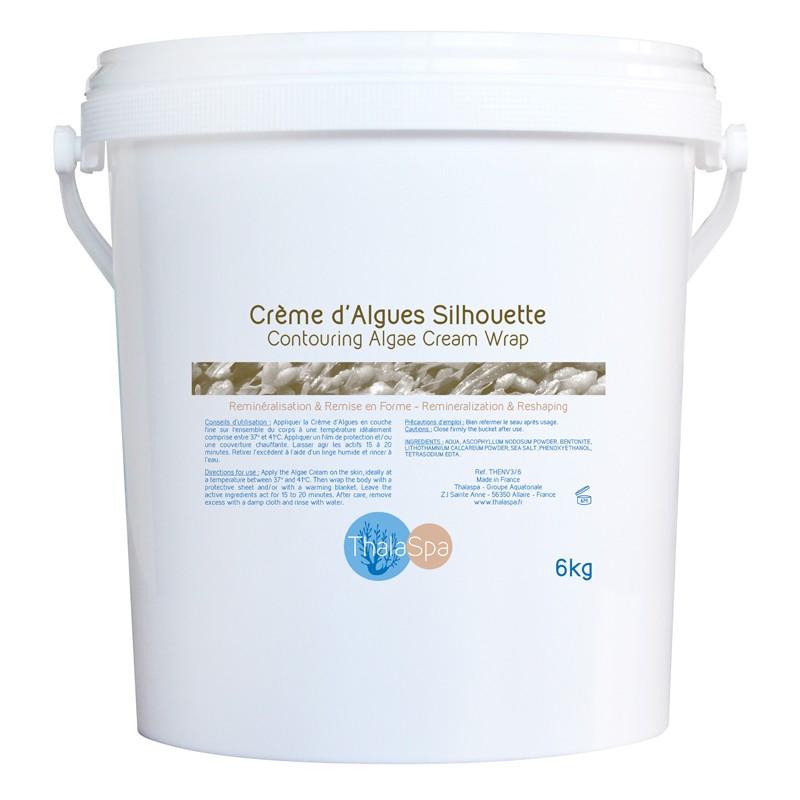 Recommended for all types of skin

Mainly composed of brown algae, our formula has a unique richness of minerals and trace elements which play essential roles for our metabolism.

Soft and unctuous, the paste’s texture is perfectly adapted for an application over the entire body.

Our special formula offers the highest content of minerals on the market, which guaranties total effectiveness.

Brown alga belonging to Fucales family, l’ascophyllum nodosum grows on rocky supports and becomes visible at low tide. Attached to the rock thanks to its tendrils, it forms tufts of band-shaped blades (thallus), which splits into two parts that float on water thanks to bladders full of air serving as floats.
Famous for its draining action, it limits body fat storage, it is also remineralizing and antioxidant.

Lithothamnium is a red algae which produces calcareous concretions and which mainly grows in the North Atlantic ocean, but also in the North Sea, The English Channel and the Mediterranean Sea.
This seaweed has the ability to crystallise calcium but also magnesium, iron and others seawater trace elements on its thallus.

For single use, the contouring algae cream is applied directly in contact with the skin, ideally at a temperature of between 37 ° and 41 ° C, for a period of twenty minutes. Once the paste is applied to the skin, the body is wrapped with a protective sheet and sometimes with a warming blanket, which will maintain the application temperature in order to boost the absorption of active ingredients.

After the treatment, the person takes a shower and takes a rest period.

For localised application, apply the paste to the area to be treated in a thick layer, about 300g