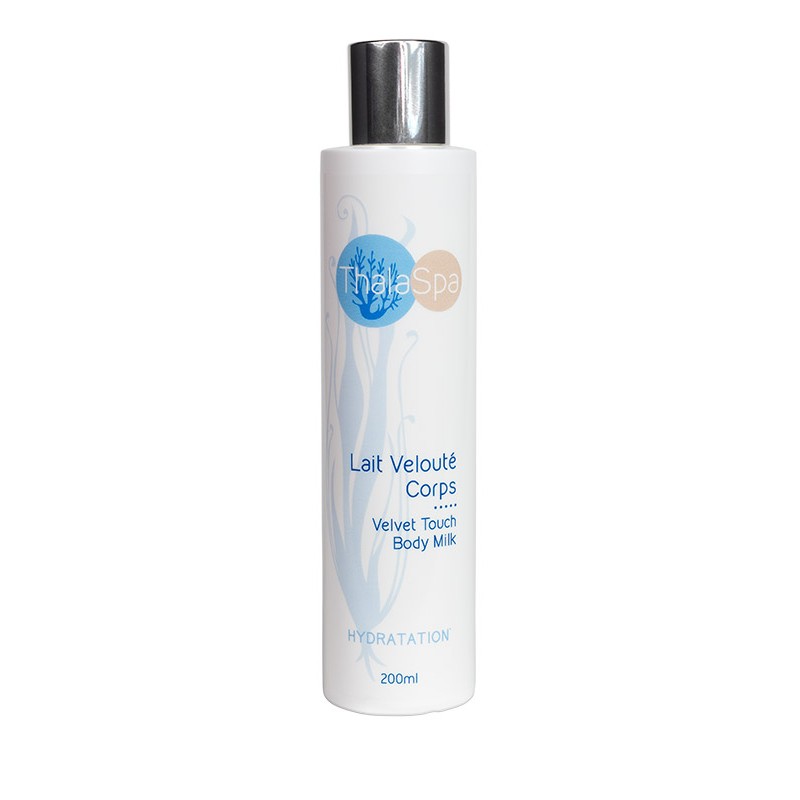 Recommended for all types of skins

Hydrates* and softens instantaneously and durably to keep a smooth skin at any time, in any season.

Apply daily, the Velvet touch body milk has a light and non-oily texture and allows to get dressed immediately.

*Upper layers of the epidermis

Laminaria ochroleuca prefers the quiet area of the infralittoral zone. It always lies below the others laminaria and rarely reveals itself, particularly in Bretagne, during the biggest high tide coefficients because it does not support a too long exposure outside water. In more agitated or waves-swept areas, it remains deep in the water.
The golden alga protects from photo-induced aging by strengthening the epidermal hydrolipidic barrier. Moreover, it has an important soothing effect by reducing the epidermal inflammatory mediators, it also increases skin hydration* and limits the natural vaporisation of water through the dermis and epidermis.

Natural active obtained from Candeia essential oil (tree originally from Brazil). The bisabolol is soothing and recommended for sensitive skins.

« Osmotic » active, inspired by an alga, it protects the skin from drying out and from dehydrating stress resulting from UV exposure, and rehydrate* gradually all the layers of the skin.

This polysaccharide offers a dual moisturizing* performance: immediate, through the formation of a very hydrating and protective film, and extended, because it naturally traps water molecules.

Apply liberally after shower or bath to the entire body (insisting on dry areas).